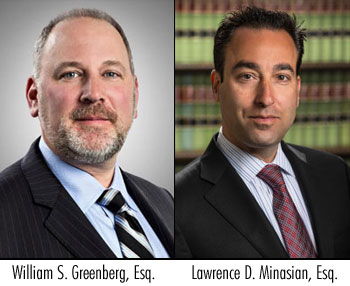 The first case resulted in a $1.125 million settlement awarded to the wife of a 53 year-old motorist struck and killed when a dump truck lost control and landed on top of the Plaintiff’s car. Two additional vehicles then collided with the Plaintiff’s car, creating doubt as to which collision caused the fatal injury. The recovery was limited by the available insurance and lack of assets. A claim against one of the additional vehicle operators is still pending

The second case resulted in a $1.75 million settlement due to the death of a 27-year-old junk hauler at a recycling center. After dumping his truck, a payloader operated by a recycling center employee was driven backwards at twice the posted speed limit and without the operator looking behind him, crushing the Plaintiff while his brother witnessed the tragic events unfold. The settlement included a bystander claim for the brother.

Both cases had been pending for several years.

“We’re pleased to finally get some closure and a measure of justice for the families,” said William S. Greenberg, attorney and partner at Greenberg Minasian. “While no amount of money can compensate for the loss of a loved one, both families are now secure in the knowledge that their future finances are now in order,” he added.

The recent wrongful death settlements are part of a growing list of successful cases for Greenberg Minasian, which has earned a reputation for high value settlements and verdicts for its clients, including a record setting $17 million verdict in 2014 (Baker v. New Jersey Transit).